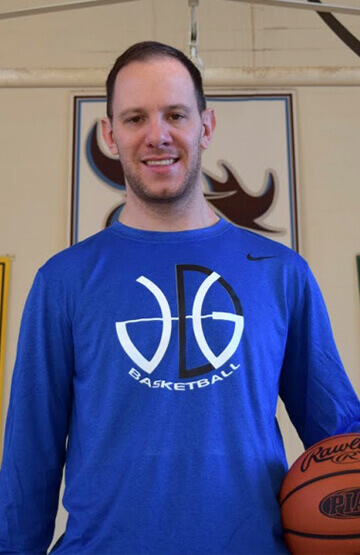 In addition to his AAU experience, Jonathan has served as a high school coach. He was an assistant at Marple Newtown, Radnor and The Westtown School. During his tenure at Westtown, he helped guide the Moose to two league titles and two state championship game appearances. He coached some of the nation’s top recruits, most notably Daniel Ochefu (Villanova), Yilret Yiljep (American University), Jared Nickens (Maryland), Edvinas Rupkus (Skidmore), Jair Bolden (South Carolina, Butler) and George Papagiannis the 13th pick in the 2016 NBA Draft.

After three successful years, Jonathan left Westtown to become head girls’ basketball coach at Collegium Charter School. In his first year, Collegium won a school-record 20 games and the first league title in any female sport. The next season, the Lady Cougars won 21 games, repeated as league champs and made their first PIAA District 1 tournament appearance in school history.

Jonathan, is taking the knowledge he gained from his 17 years on the bench to advise some of the most talented players in the area. Already heralded as one of the region’s top shooting coaches, Jonathan mentors athletes from Delaware, New Jersey, Maryland and Pennsylvania, in addition to working with prospects from nationally-ranked Westtown.

“Jonathan is an integral part of our success at Westtown,” said head coach Seth Berger. “I recommend my players go to him for high level shooting instruction. I’ve seen players make really impressive improvements and adjustments to their technique in very short periods of time. His eye for shooting mechanics is unparalleled and I consider him the best at what he does in our area.”

In the Summer of '19,  Jonathan was named head coach of the Church Farm School boys' basketball program. This past season the Griffins won the District 1 2A Championship and made it to the Sweet 16 of the 2A state playoffs. 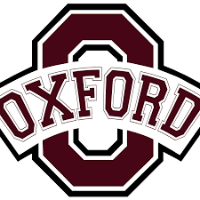 Jonathan’s passion for basketball and teaching student-athletes is simply amazing. He is dedicated and committed to his craft and he is able to teach the skills for all skill levels. He works with some of the best talent in the country as well as with beginners and is still able to exercise the same patience and persistence to make both skill sets successful.

From a coaching perspective, Jon is able to get the most out of his players. He is big on skill development, but with that comes an expectation of hard work and commitment. Those are two things that all quality coaches find valuable to build a culture of success.

As an instructor, Jonathan is absolutely outstanding. He is able to break down drills, and create an environment of hard work and success. He has an overwhelming amount of tools and resources at his disposal, and he uses those to reach his athletes and to make them better people and better basketball players.

As a person, Jonathan is someone that I would want in front of my son or daughter. He is all about building the relationship and trust that you need to see the fruits of your labor. He’s a class act and is a man of character.

Jonathan is someone whom I respect immensely and I look forward to watching his clientele grow. He is the best kept secret in our area in the player development and shooting coach world. 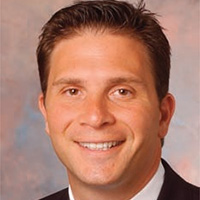 Jon's approach to shooting is relationship based – he creates a level of trust with the player by asking him questions, finding the shooters comfort levels, soliciting feedback and approaching each session with an aura of positivity. The athlete simply feels like each shot is not being judged and in turn gets very comfortable working through the uncomfortable.

There is a real art and science balance to coaching shooting – you have to discipline the shooter on critical skills and have exceptional knowledge of form and technique, but you have to feel the shooters rhythm and realize that if you’re too intense you can unintentionally set the shooter back by taking away confidence and making the shooter too mechanical. Jon's balance is exceptional – he has creativity, patience, and a calming tone that allows the shooter to get to a stage of trust and comfort while displaying his vast knowledge of shooting form and corrections.

Jon also is very good about being totally honest. While there are some issues with technique that can be fixed quickly, rushing to the destination is never the answer. He flat out tells the shooter that this will take time and that good sessions will add up over time. He celebrates little victories, helps the shooter understand growth and then moves the shooter along just as he gets comfortable with a new challenge. 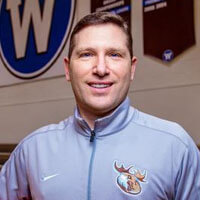 Jonathan is an integral part of our success at Westtown. He is our shooting coach and I recommend my players go to him for high level shooting instruction. I’ve seen players make really impressive improvements and adjustments to their technique in very short periods of time. His eye for shooting mechanics is unparalleled and I consider him the best at what he does in our area. 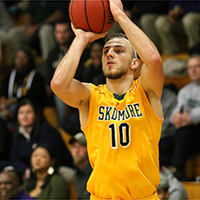 One of the first practices when I was at Westtown has stuck with me until this day. Coach Jonathan was walking me through a nothing-but-net drill. He made me realize that my shot was too flat as I couldn’t make any shots without touching the rim. From that point on we worked on my shooting technique with various drills that helped me create more arc on my shot. Jonathan was able to convert me from an only slash to the rim player to one that was able to stretch defenses with my shot. I appreciate all he did to help me become the player I am today.